The goal of the Transparense project is to increase the transparency and trustworthiness of Energy Performance Contracting (EPC) markets throughout Europe.

With its twenty partners covering both mature and emerging EPC markets, the project is explaoiting its potential to transfer the know-how across Europe, support EPC markets in Europe and thereby achieve substantial energy efficiency improvement.

The European Code of Conduct for EPC launched by Transparense in 2014 defines the basic values and principles that are considered fundamental for the successful preparation and implementation of EPC projects. It went through two year stakeholder process to make sure market players accept their principles. The Code of Conduct was developed in co-operation with the European associations of EPC providers - the European Association of Energy Service Companies (eu.ESCO) and the European Federation of Intelligent Energy Efficiency Services (EFIEES). While the Transparense project is completed in September 2015, the two European associations continue in administaring and maintaining the European Code of Conduct for EPC and related activities as it is in line with their goals in supporting the European EPC markets.

The main role of the Code of Conduct is to bring confidence to the EPC market in the EU taking into account its variety across the member states. Compliance with the Code of Conduct serves as a minimum guarantee of the quality of EPC projects implemented. Code of Conduct has been tested in 37 pilot projects which at the same time contributed to the promotion of good practice principles both on the side of ESCOs and clients.

Gradually increased demand for EPC and emergence of new ESCOs is expected to be further supported by the new EU directive on energy efficiency, which defines the requirements for making use of energy services by public institutions. Within Transparense, ESCOs are offered high-quality training programmes and materials. Trainings are one way how the project supports transfer of experience from developed EPC markets, to those less experienced. Such transfer is supported by databases and reports providing an overview of European EPC markets through information about ESCOs, their associations, EPC models and the existing initiatives promoting EPC. 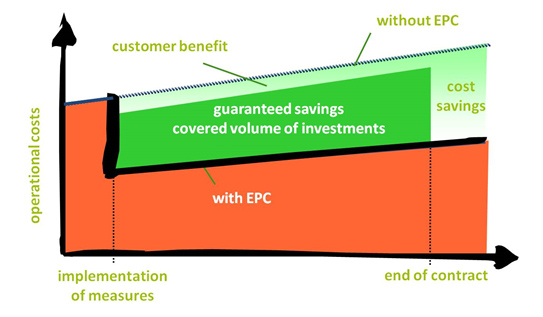 The Transparense project started in April 2013 and will be completed in September 2015. The project brings together 20 European partners and is financed by Intelligent Energy Europe Programme of the European Union with co-funding from the project partners.